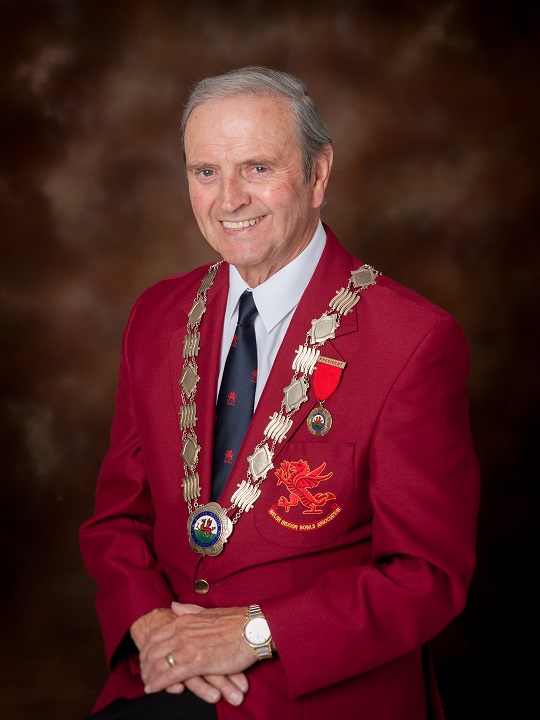 In the fourth profile of this season we have one of the games true veterans, Jack Hunt. Jack was born in Nantwich, Cheshire and moved to Wales in 1976. On leaving school he studied construction and engineering going on to be a Civil Engineering Draughtsman before being called up for National Service. Following this, Jack studied Design and Technology becoming a teacher in Manchester, Cheshire and Wales schools. He was also an adviser for schools.

He was introduced to bowls and was coached by his father at the tender age of five. At the age of fourteen, he became the youngest player to represent Cheshire County at the time. Jack now plays Vets bowls once a week and plays indoor three times a week. His clubs have included Winsford Libs., Holywell and Sychdyn with his current Club, Rhos Park, Rhos on Sea.

Jack was President and still is a committee member for Ffrith Indoor Bowls Club and was the Manager for the Wales Crown Green County team for six years. He is one of the few who have successfully made the transition from Crown Green to Flat green and Indoor where his achievements have continued and he is proud to have served as of President of the Welsh Indoor Bowls Association.

His list of achievements in Crown Green bowls is truly phenomenal. One of Jacks proudest moments was to win the Welsh Senior Merit, the British Senior Merit, and Crown King in the same year. The following are just a fraction of his successes – Cheshire Merit, Knypersley, Milton Rec., Patricroft, Frodsham Carnival, Stonemasons, British Open Pairs, Crosfield Cup with most of these having been won twice. He also played on the professional circuit for five years and has four national titles in Flat green bowls. Jack is justly proud of his place in the WCGBA Hall of Fame.

Jack could have followed an equally successful career as a footballer. He played for England Schoolboys and became a professional before a knee injury curtailed this part of his future. Some of you will know that for close to eighteen years he has played and represented Wales as part of their Curling team, a sport he was introduced to by wife, Elizabeth back in the seventies. Bowls on ice it is not. This is altogether a different discipline and with over 200 international games for Wales he considers it to be the most enjoyable sport he has ever played This has taken him all over the world, including, Denmark, Sweden, Switzerland, Norway, France and Canada. He also became President of the Welsh Curling Association. When not travelling for sport, Jack enjoys cruising which he finds relaxing. Other places on the globe Jack and Elizabeth have visited are the Canadian Rockies and the Gulf Coast of Florida, which are particular favourites.

Jack's music choices would be Jazz, Abba, Frank Sinatra and Barbara Streisand. He enjoys all kinds of films and like his food British and traditional – yes he's a roast and desserts man. You will also find him enjoying American and Canadian food when the opportunity arises. American comedian Don Rickles makes him laugh. Don was part of the famous 'Rat Pack' with Sinatra, Dean Martin and Sammy Davies. For modern comedy, Jack likes to watch Lee Mack in 'Would I Lie To You?'

His simple ambition in life is to stay healthy and being so active in sport for so many years, Jack is a good example of the relationship between sport and well-being.

Jack has seen many changes to the game of Crown Green over the years and still thinks we have a long way to go. The introduction of a dress code for league games and County matches has lent an air of professionalism to Crown Green. Thankfully, long gone are the days of the flat cap or jeans as standard gear. The use of coloured bowls hasn't really taken hold in Crown Green, something Jack thinks can make the game more fun to watch. 'It is arguable whether Crown Green is more skilful of the two codes – Crown and Flat ( or Lawn Bowls as it is often called).' says Jack. In Crown Green, the player has to 'master the surface of the green as well as his opponent. In Flat or Indoor, it's more tactical, choosing the right shot to change the 'head' and the game. Crown Green is very popular in the areas where it is played but it is very unlikely to make a worldwide impact, because the economics are against it. There are so many other things for people to do today that attracting new players and keeping those you already have is becoming more difficult.'

We really need the calibre of people like Jack to take up the baton for the sport. We are already looking beyond the BCGBA for ideas. We are fortunate in Wales that we have our own sporting body, Bowls Wales and a Minister For Sport in the Assembly. Crown Green bowls in Wales is run by hard working volunteers but it would be nice to see more sponsorship coming our way; anyone with links to business, take note. Jack Hunt's name is still widely respected in the world of bowls, Crown, Flat and Indoor, as well as Curling. Few others could match this veteran of the greens and long may he continue to play and inspire others. 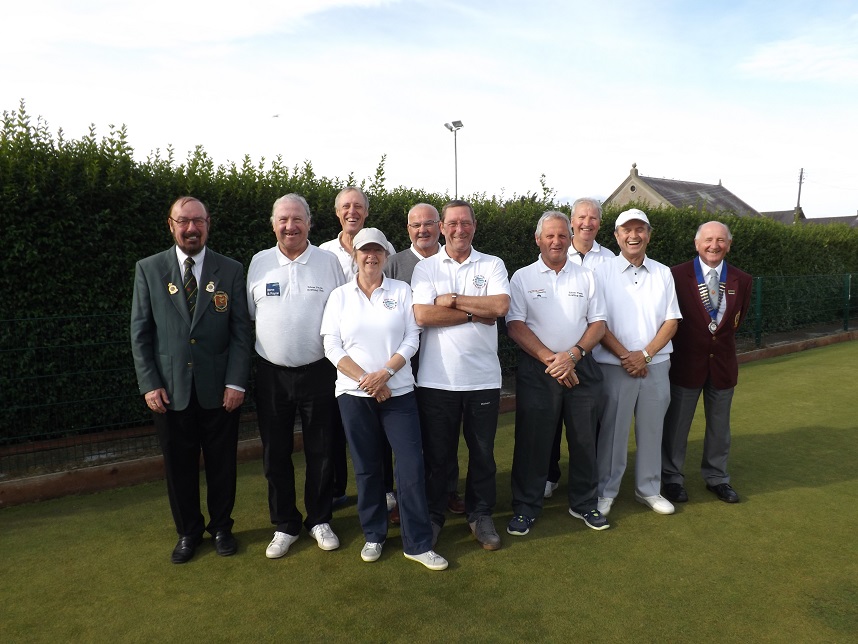